Cape Verde is a group of 10 volcanic islands in the Atlantic Ocean which are located over 500 km off the coast of western Africa. The capital city of Cape Verde is 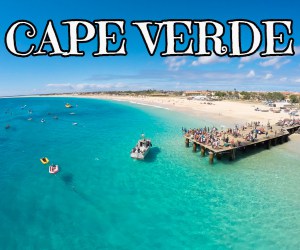 Praia which is home to approximately a quarter of the population. Over the recent years some new large hotels are being built across the country in particular on the islands of Boa Vista and Sal. In 2012 the number of tourists visiting the islands surpassed the native population for the first time ever. Cape Verde is not generally available from all airports around the UK however if you're looking to travel somewhere new and generally un-spoilt then it certainly might be worth the extra effort.

Tui Sal late deals - Sal is the most popular island which has a great beach which is approximately 8 km long. On Sal the busiest time is Santa Maria which has a number of restaurants and shops. Generally you'll find most of the hotels on the island situated along the beachfront covering holidaymakers easy access to its beautiful beach. Popular activities include quad biking and fishing where you could catch a seriously big fish. As with many island destinations you also find you may be able to try your hand at scuba-diving as well.

Tui Boa Vista late deals - Boa Vista is the most easterly island and is wrapped by just over 50 km of beautiful coastline with Rocky coves and beautiful sandy bays. most of the hotels are based in the Curralinho district which have good access to the nearby capital of Sal Rei. Like the other resorts in Cape Verde you will find that the standard of accommodation is very high and tends to be four and five-star standard. For more information on Cape Verde > click here