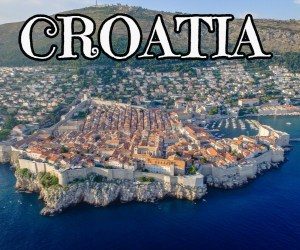 Croatia is a very popular holiday destination with holidaymakers from many different countries in Europe. The Croatian government have national strategy to bring in more and more foreign tourists as they see tourism is a major boost to the Croatian national economy. The are many popular Croatian holiday resorts to choose from and three big seaside resorts of Dubrovnik, Porec and Rovinj are possibly the most popular. Due to the size of the coastline which is approximately 1700 km there are lots of different beach options including pebble and sandy beaches. Croatia is also very popular with holidaymakers who enjoy walking under a number of pine forests and national parks to explore. During the summer months the temperature can reach over 30°C so if you do plan on exploring and doing activities that could be a good idea to travel in the cooler months.

Tui Istrian Riviera late deals - Popular holiday destinations in Croatia include the resorts in the Istrian Riviera such as Pula, Porec and Rovinj. The resort of Pula offers a great selection of modern bars, cafes and restaurants with a backdrop of ancient Roman ruins. Nearby is the beach which is the start of the Verudela Peninsula which is a mixture of pebble,  shingle and rocky beach.

Tui Dubrovnik late deals - The region surrounding Dubrovnik in the South coast of Croatia offers that unusual holiday combination of beach holiday and city break in the one holiday. Nearby is another popular holiday seaside resort of Cavtat which has a good selection of water sports at certain times of the year. From Dubrovnik you can explore some of the many islands such as Hvar and Brac which are perfect options for a day trip away. Another popular area for holidaymakers is the island of Korcula which has been described by some as a mini Dubrovnik.

Croatia is a very popular destination therefore you will find lots of holiday firms and airlines offering flights and holidays to Croatia as well as cruises. So it is possible that in certain dates you will pick up some good Croatia late deals

For Tui all inclusive late deals in Croatia have a look out for offers on these hotels.

For adult only late deals