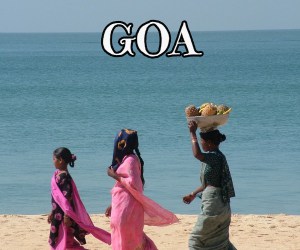 Goa is the smallest state by area in India and is located on India's West coast. It is a very popular holiday destination not just with British holidaymakers but with tourists from many European countries as well. Goa is famous villas beaches and places of worship and tourism is the main source of income for the region. Goa's beach areas are extensive and cover almost 80 miles of its coastline and is split into two parts one being North Goa and the other being South Goa. The area north Goa is the most commercial and where most tourists head and there is lots of low to medium standard accommodation. In the beach areas of South Goa you will tend to find a higher standard of hotel accommodation with exception of the area surrounding Palolem Beach. The further north or south you go away from the hotels the more isolated the beaches to come. Along certain parts of the beaches are shacks that offer fresh seafood and beverages. Due to the size of the areas covered there are lots of small beaches in North Goa and and in South Goa. The best time to visit Goa is during the British winter or spring where you will find the weather is around 30°C on some dates. However during the British summertime it is the monsoon season and you should expect rain.

Many of the popular holiday destinations in Goa are based around the more popular beach areas (mentioned above) There is a huge range of accommodation available from basic to luxury five-star. Due to the distance involved with the flights and the high airport tax in duties don't expect incredibly cheap deals to Goa. However this does not mean you will be unable to pick up a good late deal with a substantial discount.

Accommodation in Goa is very mixed and will find budget accommodation based on bed-and-breakfast. There are however a number of hotel properties that do offer all inclusive but these do tend to be the four and five-star ones.