Tui Portugal late deals - Portugal is a popular destination for late deals and there are many different popular holiday resorts in the popular Algarve region. Portugal 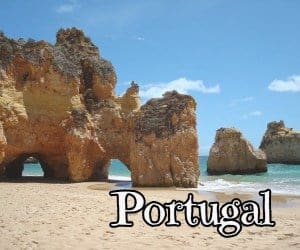 is on the Iberian Peninsula and is the westernmost country of mainland Europe bordering Spain in the East and the Atlantic Ocean in the West. Also part of Portugal is a popular holiday island of Madeira which is approximately 250 miles north of Tenerife. Porto Santo is also a popular holiday destination, which is a small island located approximately 40 km north of Madeira. For late deal city breaks the most popular destination is of course Lisbon, the capital city.

The main holiday destination in Portugal without a doubt is the Algarve region which contains the popular holiday resorts of Albufeira, Vilamoura, Alvor, Lagos and many others. There are lots of great beaches along the coastline as well as small bays and rocky inlets. Most of the beaches are child friendly and a large number of them are blue flag standard. Algarve is a great destination to explore by renting a car you can visit all the small fishing villages and towns along the coastline. The Algarve is also a very popular destination for golf and there are lots of different golf courses to choose from.

Tui Madeira late deals - here is a good selection of quality hotels in Madeira particularly in Madeira's capital Funchal and in particular Canico De Baixo.  There's a lot to do in Madeira apart from sunbathing such as exploring the mountains and forests on one of the many scenic walking trails. In the east of the island is the beautiful village of Santana which can be combined with some excellent nearby walking opportunities. One of the things Madeira is famous for is the toboggan run where holidaymakers can experience a ride on a two seater wicker basket down the hill. Getting to the top of the hill is easy just jump on the cable car for the 15 minute ride to the top.

Tui Porto Santo Island late deals - Porto Santo is a small island to the North of Madeira and is just 11 x 6 km however it is destined to be very popular despite its small size. There is a large beach which is nearly 10 km long so you shouldn't struggle to find a space on the beach. Vila Baleira is Porto Santo's only town which is undoubtedly where you will end up for a meal in one of the small restaurants.  Accommodation in island is of a high standard so if you're looking for a cheap late deal this is probably not going to be the destination for you. There are all inclusive holiday options available in some of the hotels on Porto Santo.

Tui Algarve all inclusive late deals - Some of the hotels in the Algarve do offer all inclusive however the most popular option tends to be self-catering apartments.